On September 18th local antifas marked the first anniversary since the murder of Killah P (stage name of Pavlos Fyssas) in Greece. He was attacked by a group of Golden Dawn members, a Greek fascist party, and was stabbed to death. Watching over the events, the police made no effort to intervene, the close ties between Golden Dawn and the Greek police never more obvious.

This, of course, is not an isolated incident. Just one of countless lives stolen by the forces of fascism and white supremacy all over the globe. Whether it is at the hands of a neo-nazi, a police officer such as in the case of Oscar Grant or Michael Brown, or neighborhood watch vigilante such as in the case of Trayvon Martin, they are all manifestations of the same force.

Pavlos, and all the other stolen lives, live on in our hearts. 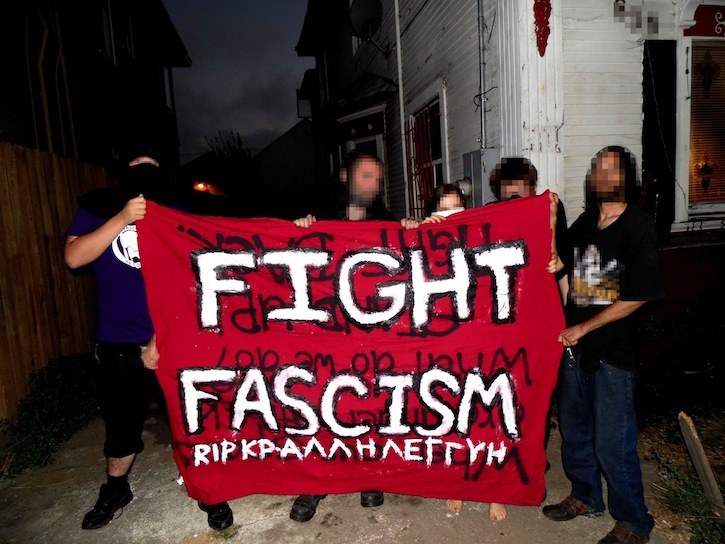